Beowolf cluster: Supercomputers for the poor.

The demand for faster calculations can’t be met by only relying on the speed increase resulting from advances in computer technology as high end super computers are that much costly. One of the solutions to this problem for ‘not-so-deep-pockets’ is the distribution of the numerical tasks to a set of machines. So how to provide supercomputer capabilities cheaply? The answer is Beowolf Clusters. This process is called parallelization because the computers complete their tasks in parallel instead of the traditional step‐by‐step (serial) execution. As computer codes have been updated to use this new paradigm, the demand for parallel computers has grown. In general, such computers need to have:

Cluster is a widely‐used term meaning independent computers combined into a unified system through software and networking. At the most fundamental level, when two or more computers are used together to solve a problem, it is considered a cluster. Clusters are typically used for High Availability (HA) for greater reliability or High Performance Computing (HPC) to provide greater computational power than a single computer can provide. Beowulf Clusters are scalable performance clusters based on commodity hardware, on a private system network, with open source software (Linux) infrastructure. The designer can improve performance proportionally with added machines. The commodity hardware can be any of a number of mass‐market, stand‐alone compute nodes as simple as two networked computers each running Linux and sharing a file system or as complex as 1024 nodes with a high‐speed, low‐latency network. Class I clusters are built entirely using commodity hardware and software using standard technology such as SCSI, Ethernet, and IDE. They are typically less expensive than Class II clusters which may use specialized hardware to achieve higher performance. Common uses are traditional technical applications such as simulations, biotechnology, and petro‐clusters; financial market modeling, data mining and stream processing; and Internet servers for audio and games. Beowulf programs are usually written using languages such as C and FORTRAN. They use message passing to achieve parallel computations. This clustered computing is being looked upon as the savior to the problems of the budget issues of SMEs which create an entry barrier for them to use high end analytics and computation intensive processes.

Dr. Kar works in the interface of digital transformation and data science for business management domains. Professionally a professor (IIT, IIM) and an alumni of XLRI, he has extensive experience in teaching, training, consultancy and research in reputed institutes. He is a Regular Contributor of Business Fundas and a blogging addict. Note: The articles authored in this blog are his personal views and does not reflect that of his affiliations. View all posts by Kar 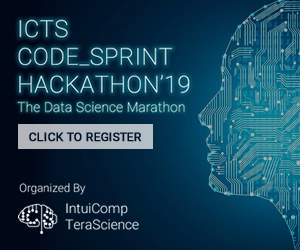